The American people looks to be like they're growing increasingly tired of over-regulation brought on the FDA.  Yes, we're calling out the American people here, because the vape community aren't the only ones being singled out and facing the very real effects of over-regulation.  We're calling out the vapers, the parents, the retailers, the manufacturers, and even just regular people that want to look towards making a meaningful and enjoyable life for themselves as they see fit.  Isn't that the American dream?  This overreaching arm of the FDA is getting so bad that one can begin to ask - Is the FDA Reaching Too Far into Personal Liberties?  Now the team over at BLVK Unicorn are sensible individuals.  We research what we write, we make informed decisions, and we more-or-less pay attention to what's going on in the world - so let's jump into why we think this.

WHAT COUNTS AS TRUTH?

Former smokers, which more-or-less comprises of the bulk of the adult vaping community see vaping not just as an alternative to smoking traditional cigarettes, but rather, a healthier alternative.  Common knowledge at this point indicates that vaping contains significantly LESS harmful chemicals versus traditional cigarettes.  Not only does the FDA reject this idea, but in the 2009 Family Prevention and Tobacco Control Act, any and all non-FDA-approved claims about lower risks from deemed tobacco products are prohibited.  This sort of posturing of verbiage by the agency creates an attitude for adults that look for an alternative to smoking to be just as bad, if not, worse than staying on with traditional tobacco products.  Thanks FDA.

Now, this article is not meant to tarnish the FDA's name.  As a brand manufacturer, we do stand with some of the FDA's regulations.  One of the most important ones is that of age restriction.  Regardless if we're deemed as a tobacco product or not, to vape is to smoke and to smoke, one must be of legal smoking age.  There is however a difference between imposing age restriction laws and outright banning everything that can possibly attract an underage individual.  These prohibitions usurp an adult's ability to make an individual choice and that surrender of choice goes to an unseen, un-elected government bureaucrat that might or might not always have the best interests for the affected parties at heart.  Hmmm....this sounds a lot like a breach of the First Amendment.  But what do we do know?  It's not like we're Constitutional Law attorneys or anything.

WELCOME TO THE UNITED NANNY STATES OF AMERICA

Since the FDA is a Federal agency, the attitudes represented as a federal institution sets dangerous precedents for nanny states and city level politicians and bureaucrats who take the stance even further.  Banning consumer products such as large sugary drinks or decibel limits on how loud music can be played, not to mention what those of us in the vape industry are currently trying to protect: our right to vape and our freedom to choose how and what we vape.

Unfortunately, thanks to the FDA's staunchly negative approach to most "fun" things in life, the nanny state is growing.  Spoken in the name of public health, cities across the United States more or less proposed or outright banned the sale of flavored e-liquids through severe taxation, thus destroying the market in each of those cities.

In New York, Senator Kemo Hannon jumped on the flavor e-liquid ban wagon in response to "panic and hysteria" about flavored vaping products.  As a result, the vape community has moved underground and business has slowed quite significantly.  To further affirm this fact, the BLVK Unicorn team hosted a couple events as part of The 2018 Unicorn Circuit at two vape shops in New York - one at Beyond Vape Barclay's Center and the other at Beyond Vape Bronx, both events showed that the community was severely lacking in numbers.

Meanwhile across the river in New Jersey, newly elected governor Phil Murphy (D-NJ) is proposing a 75% wholesale tax on vapor products.  Jumping up 8% in the budget proposal for traditional tobacco products, one can immediately see the significance of FDA overreach and setting an attitude for others to follow.

And just to further argue here that the FDA is not only out to get us vapers, the regulatory agency is out to get everyone under its iron fist of regulation.  Everything from theater popcorn, cosmetics, prescription drugs and over-the-counter medications are all under intense scrutiny by the FDA.  When it comes down to it, the FDA has no real legal power in regulating the manufacture of these products, but as a regulatory agency, it really becomes a pain in the a** for the manufacturer to keep up competitively or otherwise with the FDA's packaging and label laws.  If you think the vape industry has it tough with labeling, packaging, and advertisement laws, check out the FDA's guidelines on cosmetics.

THE FDA IS RIGHT, EVEN THOUGH THE WORLD SAYS IT'S WRONG

FDA rulings themselves are generally made arbitrarily or in direct contradiction to scholarly studies.  Facts for some reason don't seem to deter the overreaching bureaucracy of the FDA.  We'll list out some of the most outrageous FDA rulings that honestly have no business being regulated to the extent that the FDA has.

In 2016 the FDA announce that it would ban antibacterial hand soap because one special interest organization determined that 19 ingredients used in microbial hand soap could lead to a growing resistance similar to the effect of frequent antibiotic use.  Similar to the study in the vape industry where a researchers tested for increased levels of formaldehyde, the antibacterial soap study was slammed by several other studies.  One such was published by the International Journey of Microbiology Research.

The FDA advised consumers to just use plain hand soap, despite conclusive evidence from studies which show that antibacterial soaps do provide greater protection against germs and the spread of bacteria.  Remember folks, the FDA is always right, even thought the world says it's wrong.

We might as well release our UNISoap which was our April Fool's joke from earlier this year.  We'll have to communicate with the FDA about it though.

THE SUN IS EVIL 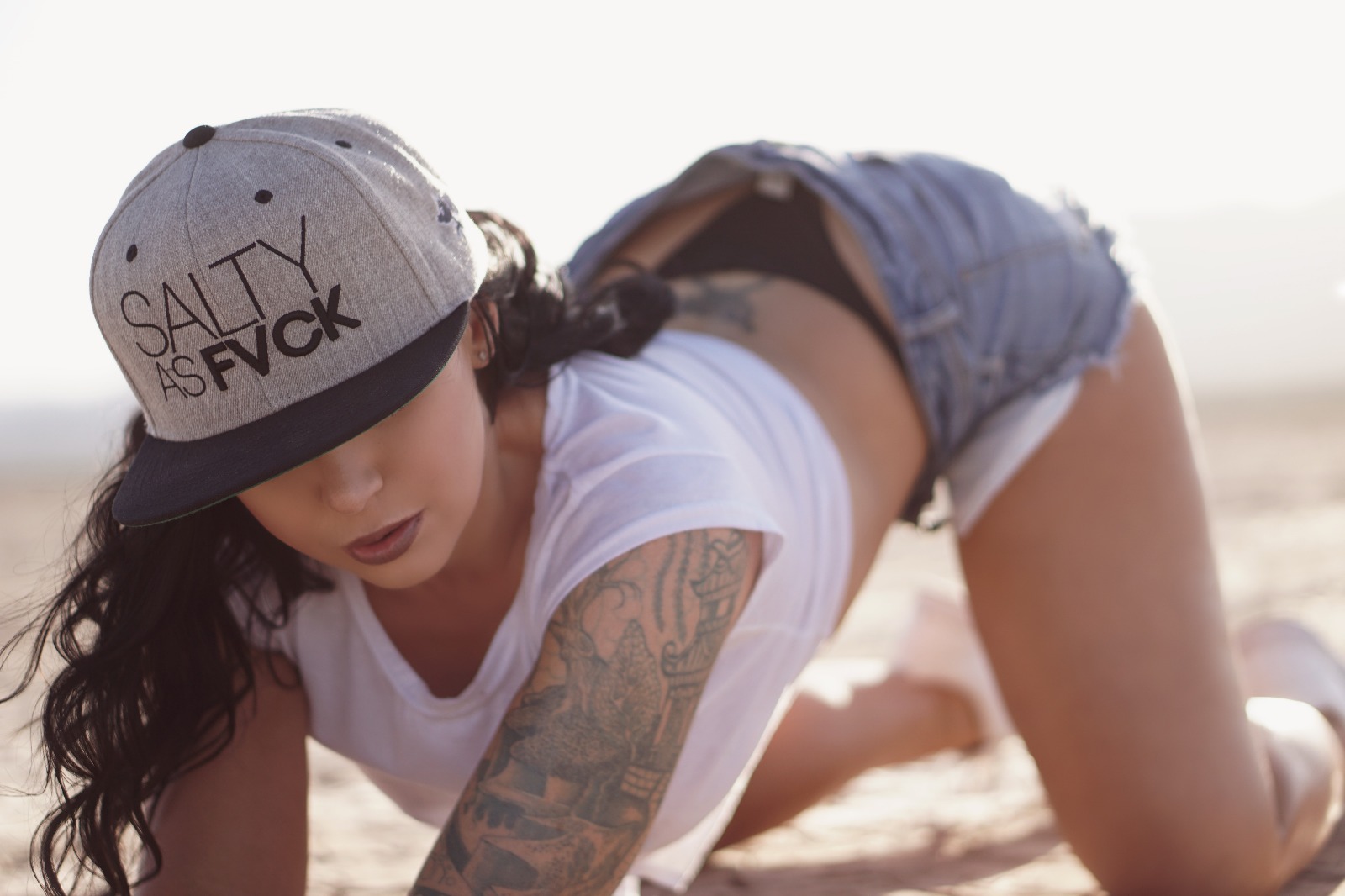 This next outrageous decision by the FDA actually propelled the agency as the "Nanny State of the Week" by Watchdog.org.  Back in 2016, the FDA announced a ban for everyone under the age of 189 from using a tanning bed.  While it's perfectly legal for adults to use them, minors, are banned.

The National Institute of Health, which is another Federal agency conducted a study and concluded that "Sun exposure is beneficial in moderation, but can be harmful in excess.  Sun exposure guidance should be tailored to the individual patient."  So when the FDA announced the ban, despite helpful advice FROM ANOTHER FEDERAL AGENCY, it fell on deaf and uneducated ears.  The FDA not only goes against helpful advice, but also seeks to overrule parents who are arguably the most qualified to provide guidance "tailored for the individual patient."

Did you know that you can make highly-addictive drugs from common household products?  One such in particular is cough medicine.  One of the active ingredients in the useful medication is dextromethorphan.  Back in 2010, the FDA set its sights on restricting 100 effective over-the-counter cold medications in reaction to unsubstantiated reports that these medicines were abused.  The ramifications for this restriction caused cough medicine prices to skyrocket for the average consumer.  Thanks FDA.  You really know what's best!

I know we stated that this article isn't meant to bash the FDA.  We're simply allowing others to notice that some of the decisions brought on by the agency calls for question.  We're committed to not only providing a pleasurable vaping experience, but to bring the best possible products to market.  We currently have 23 premium e-liquid blends spanning across 7 collections.  All of our blends are manufactured locally and only source the finest flavor extracts.  We are on the way to becoming fully FDA compliant via our extensive operational, marketing, and sales tactics.  Before the next unconstitutional decision is passed, be sure to make that choice in taking your first and final step to a vaping experience that is Majestic As FVCK. 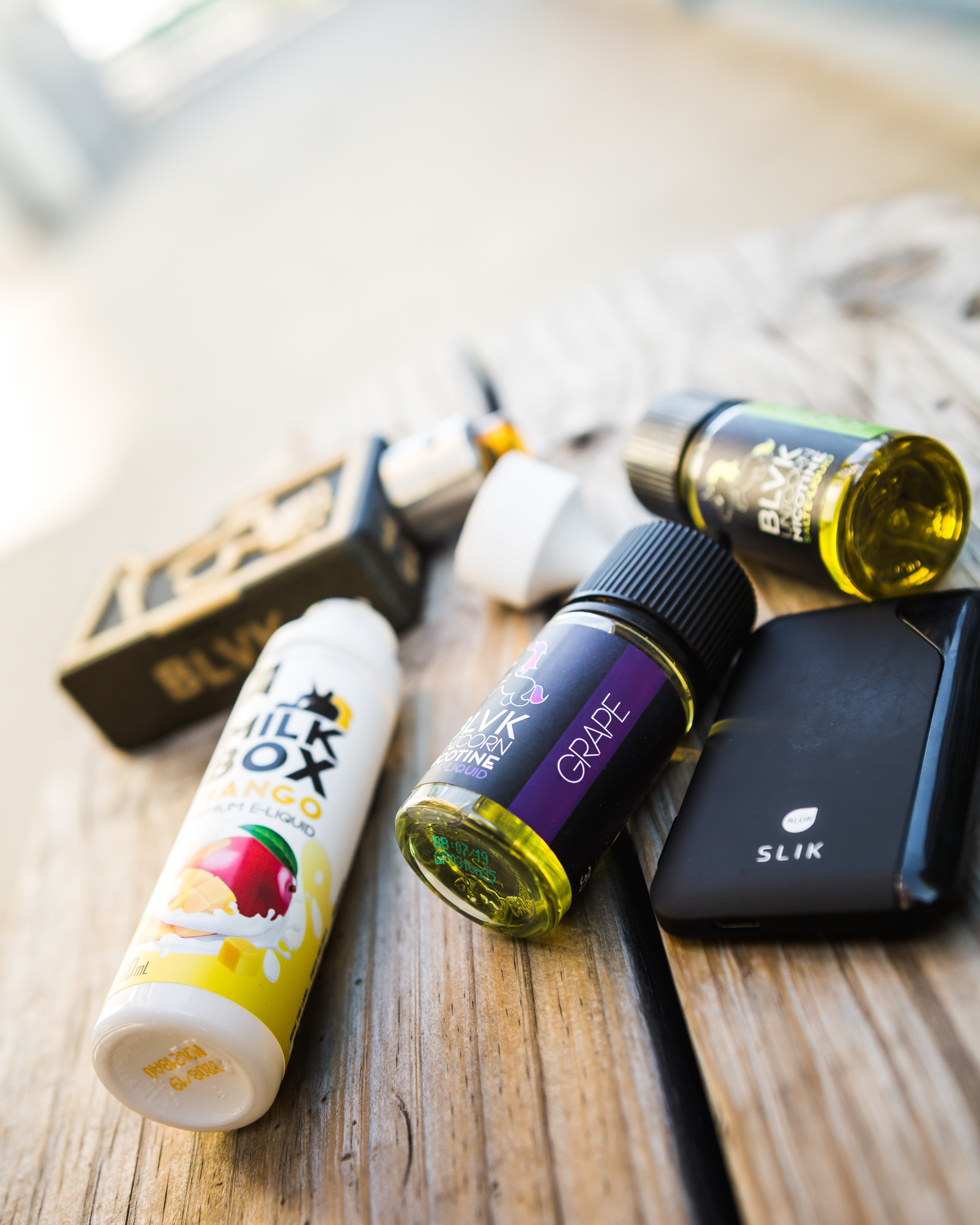