Quitting is hard. Anyone that has gone through the process of giving up cigarettes can attest to that fact. Think about how difficult it is to get rid of filler words “like” “um” “you know” when you have grown accustomed to incorporating it into your everyday speech. Even when you try to eliminate the words consciously, it is still difficult! It feels natural to say them. That’s why bad habits are hard to break once they have stuck and settled in.

When smoking has become a part of your lifestyle and routine, kicking the habit can be one of the most difficult things to do. That said, the arrival of the COVID-19 pandemic and the introduction of social distancing, quarantine, and lockdown can increase the difficulty in quitting. When there is absolutely nothing to do, who can blame smokers that itch for a cigarette. At the start of this new normal, social media showed the rise of people succumbing to vices to “get through the day.”

More day drinking was happening. More binge watching of TV shows. More unhealthy eating of take out and fast food. While those are different types of bad habits, it is only natural for an addictive habit like smoking to also pick up under these circumstances. All of that said, going cold turkey is rough for even the people with the strongest will power. This is where we turn to a compromise--vaping.

Yes, we get it. It sounds counterintuitive and seems to put a bandaid on the problem without really solving it. However, vaping actually is a great transition for smokers who are trying to kick the habit. At a high level, it is a less harmful alternative and can really help manage the nicotine cravings, limiting smokers from reaching for the pack.

CIGARETTES HAVE A NEGATIVE IMPACT ON HEALTH

Before we dive into why vaping is a solid alternative to smoking cigarettes, let’s review why quitting is so important to overall health and wellness. 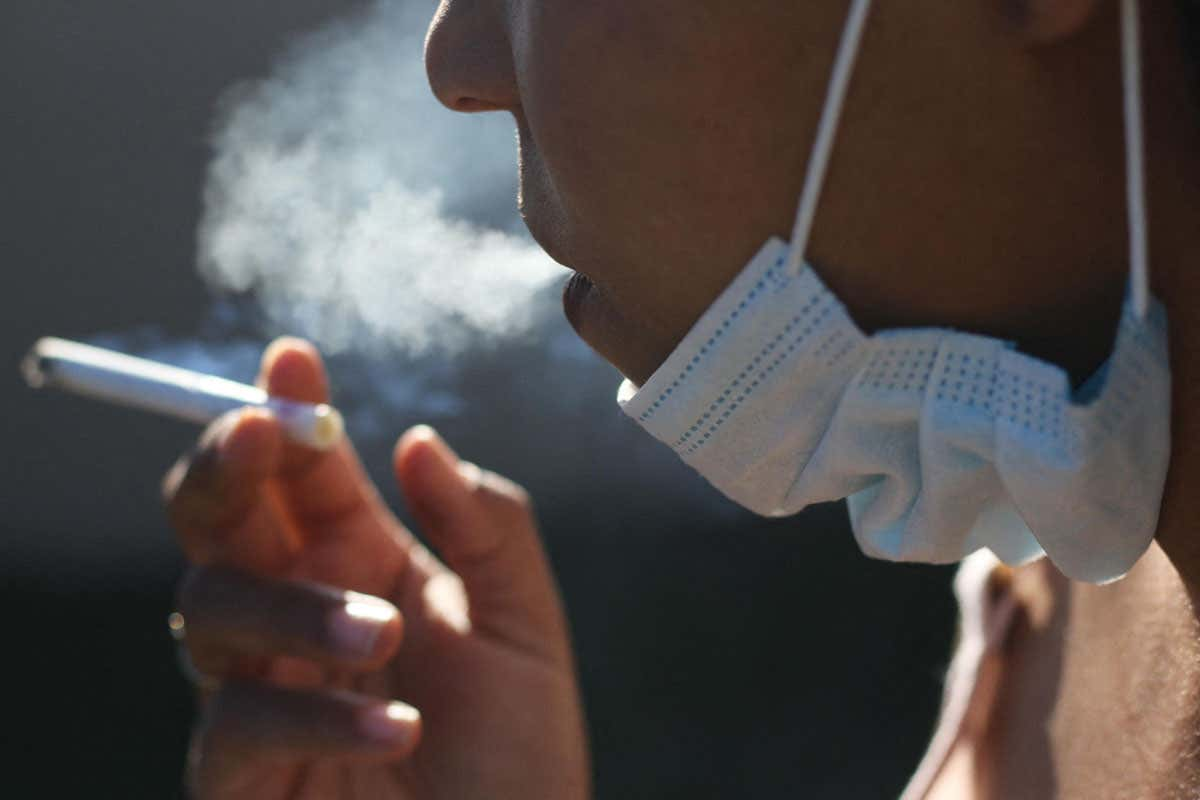 It is common knowledge that cigarettes have a very negative impact on health and can cause long term issues such as lung cancer. Despite knowing this at a high level, it isn’t always common knowledge to know just how widespread the issue is.

In fact, tobacco use is cited as the number one preventable cause of death in the country by the CDC. It is also noted that the mortality rate is three times higher for both men and women, than similar individuals who have never smoked. But, it isn’t too late. Studies show that quitting smoking before the age of 40 can reduce the risk of dying from related diseases by 90 percent. That’s a dramatic difference! And definitely a strong argument for why smokers should seek to kick the habit.

Beyond the negative impact on a smoker’s health, second hand smoke can also cause lung damage to the people who are frequently exposed to it. This means that smoking cigarettes can hurt the non-smokers in your household or vicinity if they are around it for long enough.

Vaping does contain nicotine. This is true. It can seem hypocritical to choose one over the other, but there is a key point to keep in mind when making this argument for yourself. It is tempting to justify all the reasons why “vaping to quit” wouldn’t work. However, one of the biggest distinguishing differences when it comes to vaping e-liquids versus smoking cigarettes is the actual breakdown of each product! 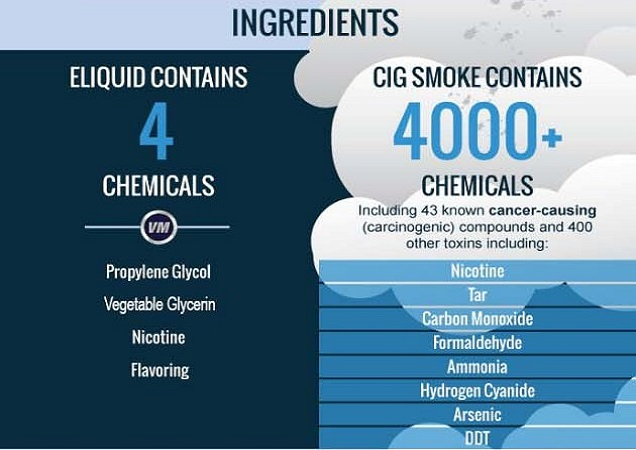 There are over 4000 different toxic chemicals in a cigarette. That’s 4 decimal places, compared to e-liquids which have 4 primary ingredients...period. Vegetable Glycerin (VG), Propylene Glycol (PG), Flavoring, and Nicotine. Comparatively, vaping is a substantially less harmful method of getting your nicotine fix.

Don’t knock it until you try it, but vaping is a very popular and successful cessation tool for smoking. And there are several reasons (in addition to the fact it is less harmful than cigarettes) why that is the case. 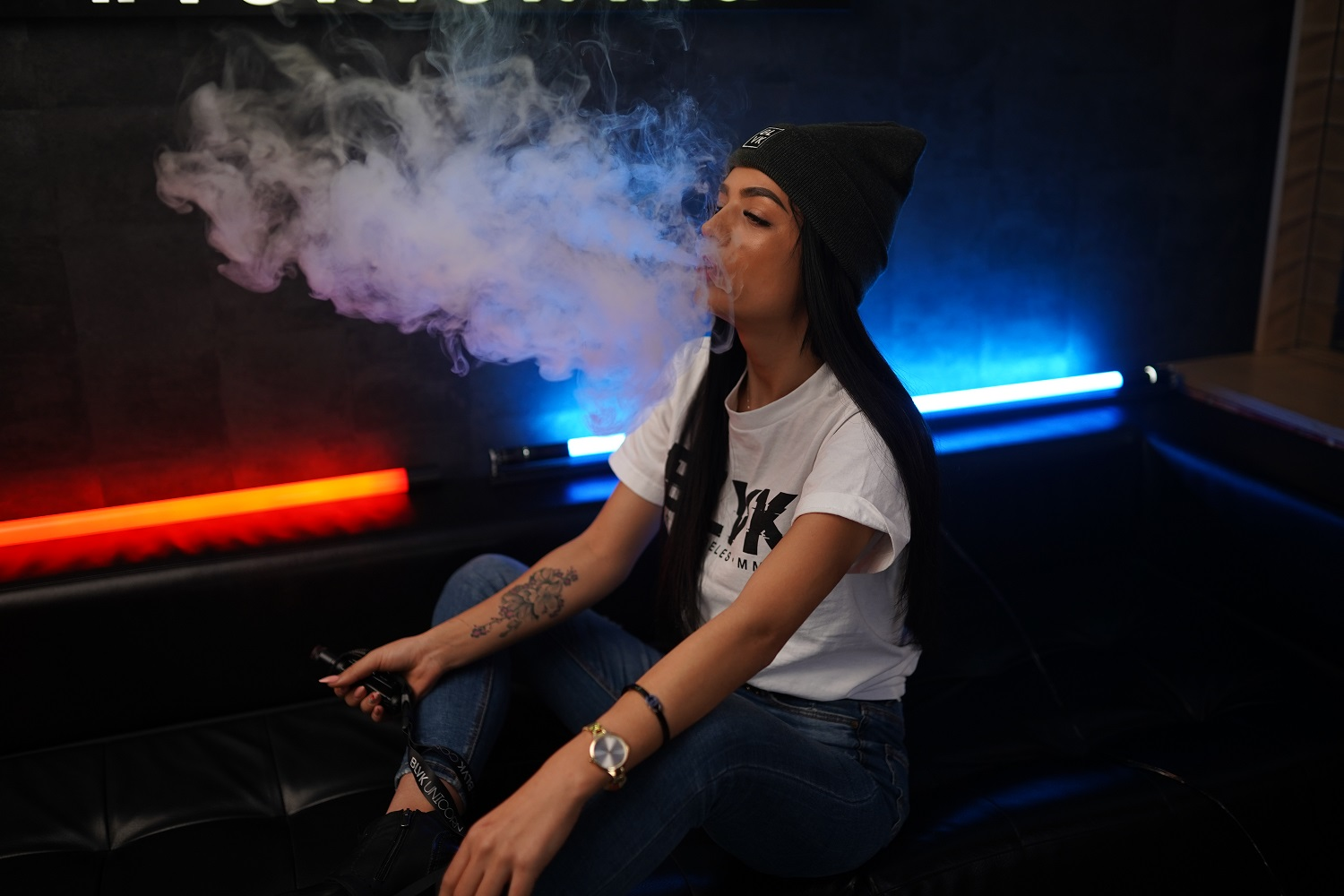 Nicotine management methods are not new. There are several different approaches that people can take to try to quit smoking. There are so many products that are out there claiming to help with this journey. Some are more effective than others, and of course, it is going to be different for everyone.

But, vaping as a way to quit smoking does work and is effective. There are millions of individuals all around the world that have testified on the effectiveness of vaping to help quit/ease off their bad habit of smoking cigarettes. Additionally, when compared to other methods such as nicotine gum, patches, or going cold turkey, vaping has been found to be at least twice as effective.

Vaping simulates the act of smoking and is the form that feels most familiar to smoking cigarettes. It mimics the bad habits like puffing and having something to “smoke” reduces the antsy restlessness that comes with gum or patches. For smokers, reducing the nicotine levels is not the only bad habit that comes with cigarettes. It’s also not having anything to do with their hands. Functionally, vaping would be the smoothest transition in that scenario.

Smoking is the primary lead cause of preventable death in the United States, according to the CDC. With the coronavirus bringing state-issued lockdowns, smokers who were looking to quit or making good progress may have found themselves relapsing or struggling to kick the habit. This is where vaping comes in as an alternative to ease the transition from smoking to not smoking, without forcing the individual to give up nicotine altogether.

In general, vaping is a less harmful option because it does not contain all the toxic chemicals that a cigarette does. It offers variety in flavor, convenience in terms of design, flexibility with nicotine levels, and doesn’t release smoke or smell. It is one of the most effective smoking cessation tools there is compared to the other options that are available on the market.