What is Vaper's Tongue and How Do You Get Rid of It?
Home / BLVK Blog
Previous  / Next

We've all been there before - you've been vaping your all day vape and over time, you realize that outside of getting your nicotine, you can't actually taste anything.  This is called "vaper's tongue" and its a condition where a vaper loses the ability to taste the complex flavor profiles you know and love.  Now, having vaper's tongue isn't the end of the world.  The condition typically lasts between a couple hours to a couple of days.  The duration of vaper's tongue rests on how willing you are to adjust your vaping habits, which we'll go over in this guide today.

HOW DID VAPER'S TONGUE BECOME SUCH A POPULAR CONDITION?

Perhaps a popular condition is the wrong term here.  Vaper's tongue became a common issue during the hey-day of the vaping industry.  You probably remember this time - it was the wild west of vaping, with literally thousands of brands existing in the space making e-liquid flavors ranging from apple pie to vanilla custard and every fruit, beverage, candy, dessert, tobacco, and menthol blend in between.

After an extended session of vaping these ultra-delicious flavors, it felt as if the tongue developed a thick coating that blocked one's ability to taste.  And while the inability to taste didn't affect vapor product or nicotine delivery, the entire experience as a means to switch from analog cigarettes became ineffective.

HOW DOES VAPER'S TONGUE HAPPEN? 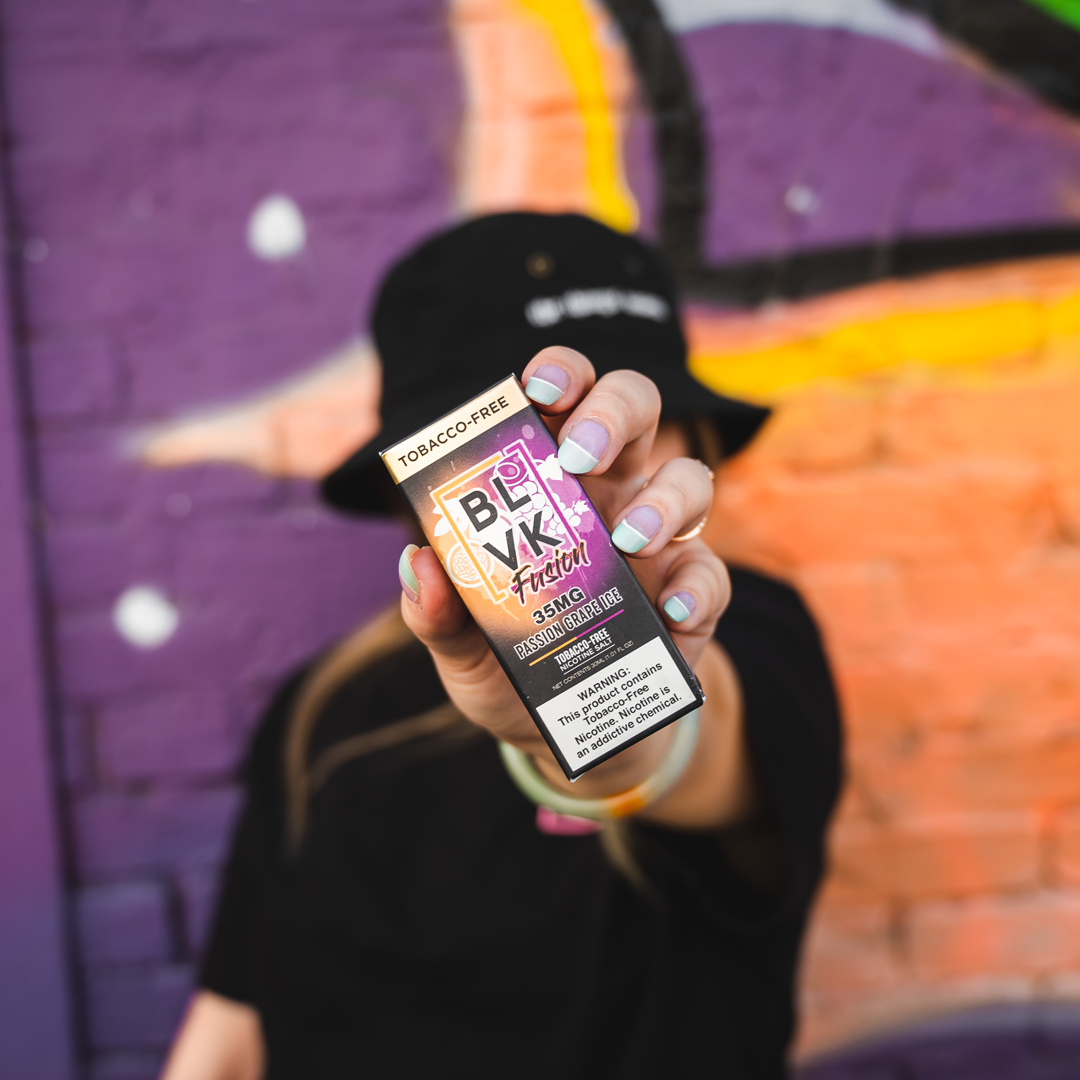 On average, of an adult smoker there are between 2000 and 8000 taste buds that regenerate every ten days.  The taste sensation, or the gustatory sense, requires saliva to keep your taste buds functioning properly.  Since vaping may cause dry mouth and overall dehydration, long-term vaping may dry out the tongue enough for your taste buds to not function at its optimal levels.

Vaper's Tongue isn't just your inability to taste due to your taste buds being dehydrated, though.  Flavor fatigue is a common factor, as vaping on the same e-liquid, particularly from the same brand might affect your ability to taste.  For example, if you were vaping on our new Passion Grape Ice from the BLVK Fusion Collection, and you were to vape the entire bottle all day, everyday for a week, chances are you'd really like the flavor but at the cost of you not being able to taste much of anything.  Flavor is attributed to your sense of smell, or the olfactory sense.  Overloading the olfactory with the same thing over and over again would generate flavor fatigue.

Your inability to taste things might also be attributed to actual health complications - which sucks, but this is probably why you've switched over to vaping to begin with.  One of the lesser known health complications that stems from smoking cigarettes are that your taste buds seem to have burned off.  I know, it sounds wild, but think about it - if you are inhaling literal fire, your lungs wouldn't be the only body systems affected.  Your taste buds, gums, teeth, esophagus, heart, and lungs would likely experience adverse effects as well.

HOW TO MANAGE VAPERS TONGUE

At the end of the day, having vaper's tongue sucks but it's not the end of the world.  There are adjustments to be made to limit the amount of time you are suffering from not being able to taste your e-liquids.  Check out six of the most popular and easy ways to restore taste buds functionality. 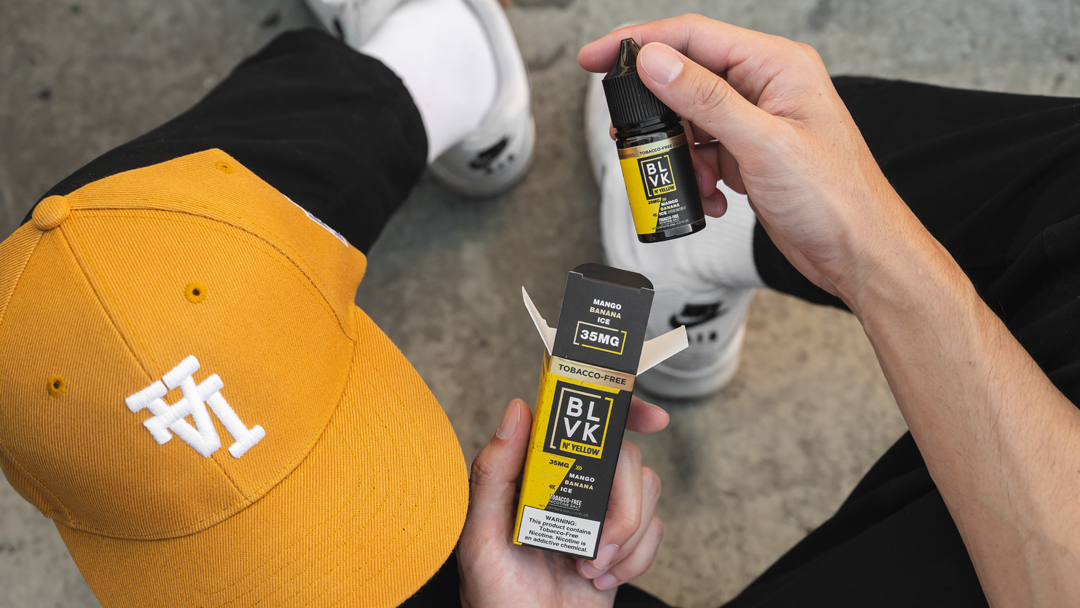 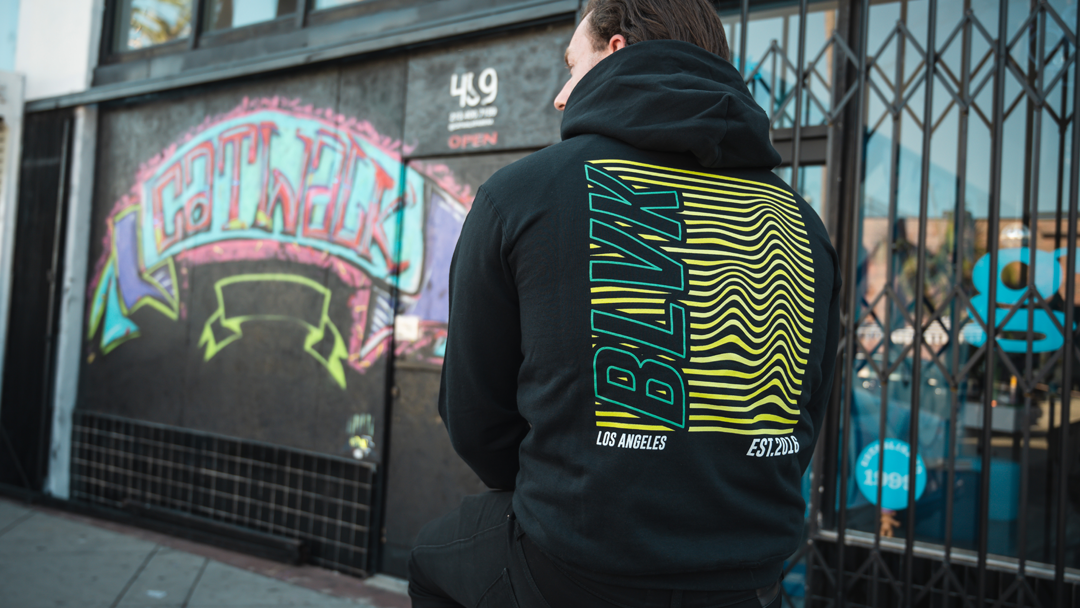 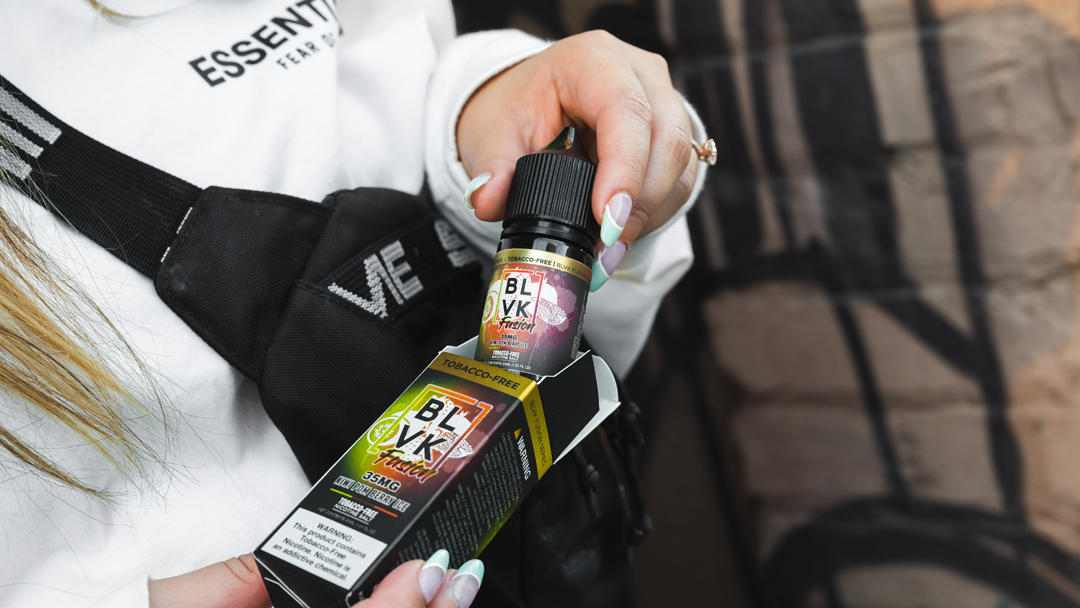 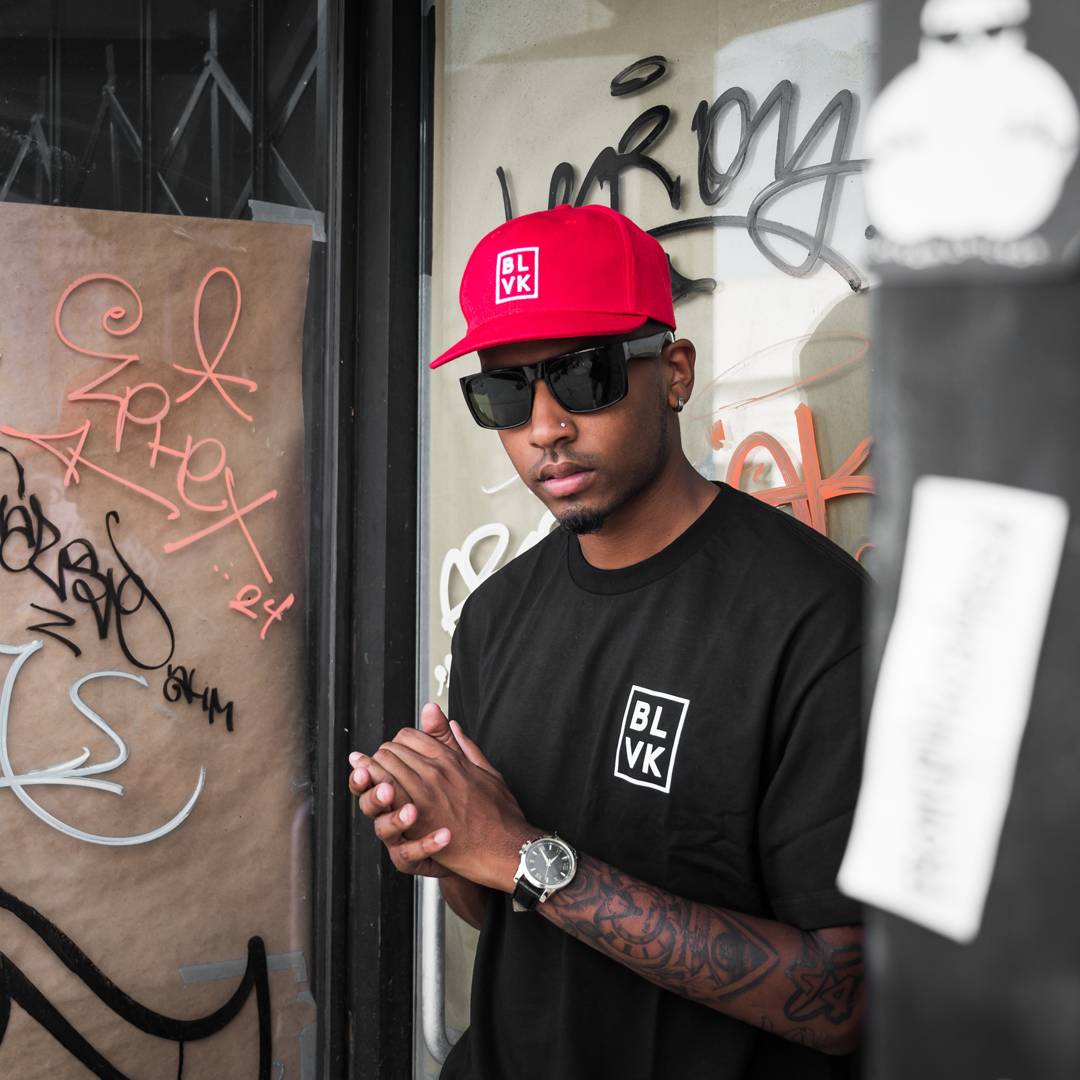 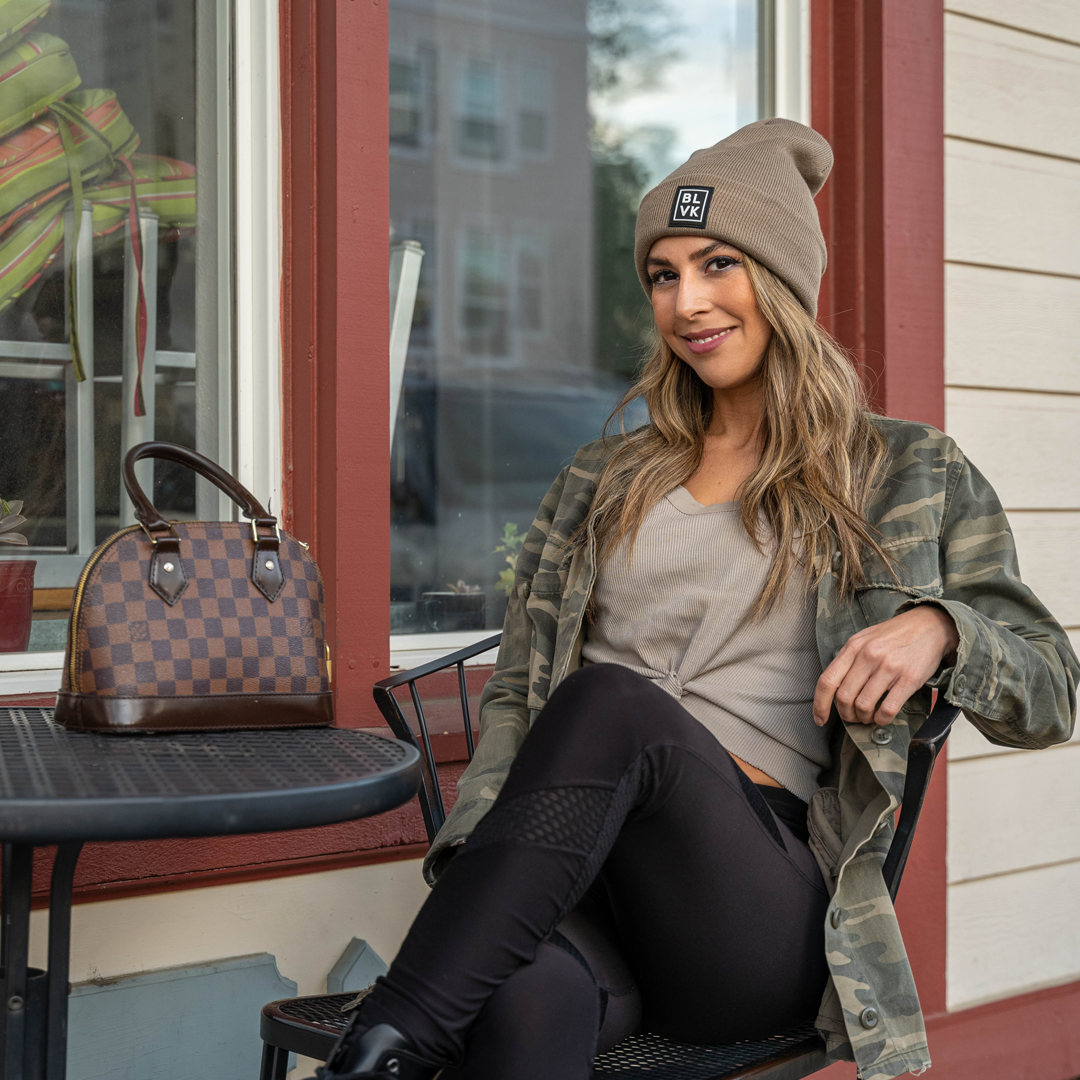 Staying hydrated is a very human thing you should be doing by default.   Since one of the leading causes of vaper's tongue is the dehydration of your taste buds to the point of inoperability, one such way to restore its function is to drink some water!

2. CUT BACK ON THE DIURETICS

Diuretics meaning beverages that naturally dehydrate you through urination, these include coffee and alcohol.  I know, it can be difficult to cut back on coffee where most Americans do rely on the drink to get them through the mornings, but at the end of the day, you'd want to not experience dehydration right?  Skip the coffee and booze and your body will thank you in more ways than just restoring your sense of smell and taste in no time!

Keeping your tongue clean is an optimal way of restoring your ability to taste.  Since your taste buds may be dehydrated, dead cells are likely blocking the tongue's receptors and therefore not allowing your taste buds to function properly.  Be sure to brush your tongue and opt for an oral hygiene product that hydrates you.  This means a generous amount of biotin, alcohol-free mouthwash, and moisturizing toothpaste all do wonders for alleviating a dry mouth.

This is a no brainer - one of the best things you can do for your health, beyond just restoring your ability to taste is to kick the stinkies for good.  If you're having trouble quitting smoking, we suggest you vape a little more and/or increase your nicotine level so the switch becomes a little easier for you.

5. TAKE A BREAK BETWEEN YOUR VAPE SESSIONS

This solution may be a little easier than it sounds, especially if you are a chain vaper that takes a puff just about every chance you get.  If you are able to take a break in between sessions, however, doing so will only reward you many times over.

In this case, taking a break in between puffs speeds up the healing process on your tongue.  And if nicotine delivery is becoming an issue, increasing the nicotine concentration in your e-liquid lessens the amount of puffs you need to take to achieve your desired feeling.

6. SWITCH UP YOUR JUICE ROTATION

If you've been on the same flavor the entire time, it's likely because of this that you're experiencing vaper's tongue.  Try switching up your juice rotation and experiment a little more.  The cool thing about BLVK is that we have so many flavors that are designed to match virtually any vaper's taste preference.  Truly, there is something for everyone here; and with a little experimentation, we're sure you'll have a few of our flavors you'd jump around between in no time!

We hope this guide helps you understand a little more about the vaper's tongue phenomenon.  It's the cost of doing business when it comes to vaping; but at least it's not so serious of a problem that would pose a legitimate health risk.  Should you experience the inability to taste your e-liquid, simply hydrate, clean your tongue, and switch up your e-liquid rotation.  After a week or so, you'll be back and better than ever.  Happy vaping, BLVK fam!