In response to an article we published about a month ago regarding a particular survey that measured the flavor preferences of current smokers that use electronic cigarettes, new results are in that further reinforce the studies.  A major survey conducted this past Spring which was led by long-time vaping advocate and medical scholar Dr. Konstantinos Farsalinos concludes that American vaping preferences are STILL in line with what was concluded a couple years ago.  The bottom-line: American vapers who no longer smoke cigarettes prefer sweet, fruit, and dessert e-liquids over other choices.

This study, adequately coined, the U.S. Vapor Flavors Survey, was conducted by Dr. Farsalinos and two of his colleagues from the University of Patras in Greece and Dr. Christopher Russell from the Centre for Substance Use Research in the U.K.  The study was mainly marketed as a call-to-action via the Consumer Advocates for Smoke Free Alternatives Association (CASAA) during the FDA's Advanced Notice of Proposed Rulemaking (ANPRM) public commenting session, where typical Americans can comment suggestions in light of the pending regulations deemed by the regulatory agency. The Flavors Survey was conducted through an online questionnaire, using FDA 21 CFR Part 11-compliant software.  To eliminate duplicate and ineligible entries, the researchers allowed only one submission from each unique American IP address.

The studies need to be catered towards current adult smokers.  Not the never-smokers, the dual users, and especially - not the youth.

After eliminating the duplicate entries, there were 69,233 responses.  This sample size came from all 50 U.S. states and the District of Columbia.  Of all entries, 72.4% were male, the mean age group was 34.6, and almost 95% of survey participants has at least tried a combustible tobacco product in their lives.  Of the 95% that has tried a combustible tobacco product, about 81.3% were former smokers that made the switch to electronic cigarettes.  Of the 81.3%, about 68.2% completely kicked the habit of smoking at least 12 months ago.  This is imperative because the aim in providing adequate studies and surveys needs to be catered to those that would be ultimately affected by regulations to the vaping industry.  The studies need to be catered towards current adult smokers.  Not the never-smokers, the dual users, and especially - not the youth.  As a result, the majority of study participants were that of experienced users of electronic cigarettes.  These consistent users would generally classify themselves as vapers, not smokers.

As mentioned above and in our previous article, adult vapers tend to prefer sweet, fruit, and dessert e-liquid blends over other choices such as tobacco, menthol, or other beverage flavors.  This comes as no surprise seeing that most brand manufacturers within the vaping industry have what it takes to effectively study the market and its respective user preferences.  The fact of the matter remains, and much to the dismay of the FDA and staunch proponents of tobacco control groups such as Senator Dick Durban among others, adult vapers prefer "kid-appealing" flavors. 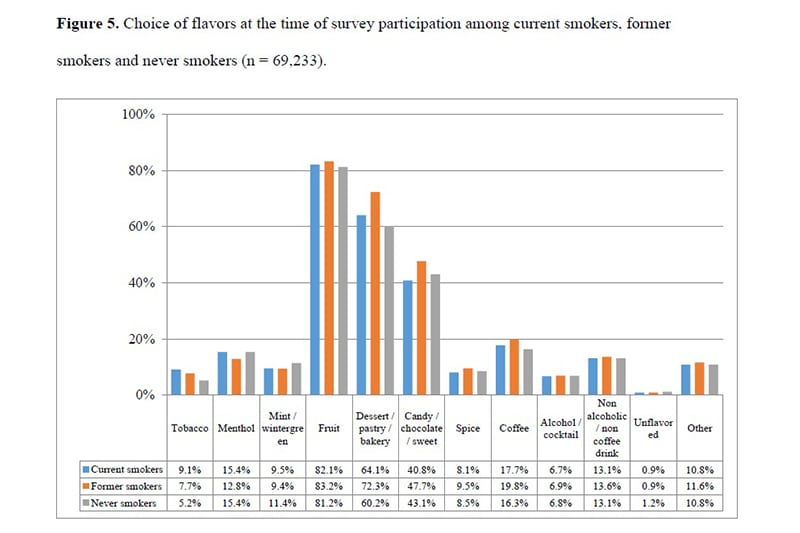 Now that the FDA's ANPRM public comment section is over, the regulatory agency is currently sifting through close to half a million entries.  Farsalinos' Flavors Survey joins countless other comments, including that of every single employee of BLVK Unicorn, other brand manufacturers such as JUUL, and several advocacy groups and trade associations such as the Vapor Technology Association (VTA).  With Farsalinos' Flavor Survey, the results may these comments in that many of these comments more or less pleads with the FDA to NOT ban vape flavors as flavored e-liquids is continuously and consistently proving to be of utmost importance when it comes to switching over from combustible tobacco products.

As it stands, a little over 23,000 comments have been reviewed and published via the Regulations.gov website, indicating that while the FDA is obligated to read every single comment, it may take some time before a general consensus is to be made.  Another hurdle to consider is that roughly 250,000 fake comments were added to the public docket as a means of disrupting the credibility of the comment process.  While it remains to be seen whether or not the FDA will still accept and consider a quarter of a million bot-generated comments, we hope for the best for the final outcome regarding the possible regulation of flavors.

BLVK Unicorn's Opinion on the Matter 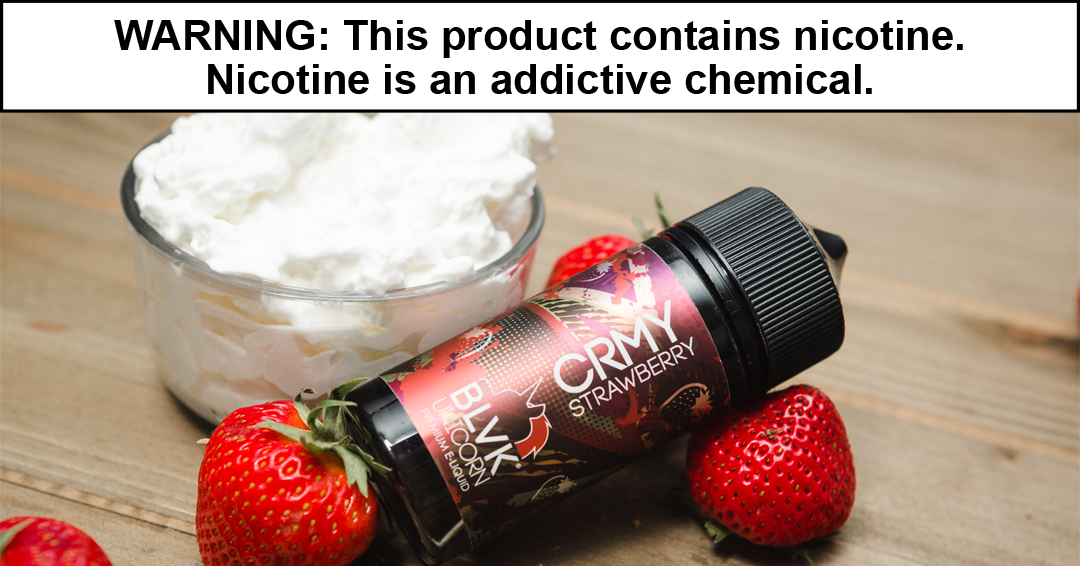 While proving that adult vapers prefer sweet flavors such as fruit, candy, and dessert over that of say, tobacco and other categories, the notion that vaping proves to be a public health concern is still prevalent.  At the very fundamental level, the FDA is convinced that the ingredients used to develop e-liquid blends may contain questionable additives that may cause harm to the general public health environment.  While BLVK Unicorn will continue to comply with any and all regulations passed by the regulatory agency, it does feel that outright ban of flavors will do more harm than good.

BLVK Unicorn stands by responsible regulation that is based on scientific and academic studies such as those published by medical journals and other highly-regarded sources.  We only hope that the FDA considers ALL possible findings and makes a proper and educated ruling.